GoCube – One of the best bluetooth speedcubes

In the era of smartphones and smart devices, we’re seeing more and more creative solutions to problems we didn’t know we had. The GoCube smart cube being one of those solutions. Whether you’re first picking up a Rubik’s cube, or trying to master speedcubing techniques, the GoCube might be for you. If you’re looking for the best bluetooth speedcubes, read through this GoCube review to decide if it’s right for you.

This innovative piece of technology brings the classic Rubik’s Cube into the 21st century by mixing bluetooth with speedcubing. It’s great for advanced speedcubers who want an in depth analysis of their solves, and even good for new cubers who want to learn the basics

Like other modern speedcubes, the GoCube comes with magnets preinstalled. What self respecting cube could be called a speedcube without magnets? The magnets feel pretty strong. I would compare them to the strength of the strong magnets in the Gans 356 X. They keep the cube lined up nicely

The battery claims to last for 60 hours. In my experience this is true. When I received the GoCube I charged it to 100%. The battery lasted for a week with moderate usage and still has a good charge left. There doesn’t seem to be a way to turn the cube off or on, however the battery does not seem to discharge when the app is disconnected

The GoCube would be pretty useless without the app to pair with it. The app has three main features on it, GoCube academy, games, and matches. It also provides some statistics useful for cubers, like average solve time and average TPS. (Turns per second)

GoCube Academy is probably one of the best ways to learn how to solve a Rubik’s cube. The sensors put it one step ahead of reading a tutorial online, or watching videos on youtube. The app not only has step by step instructions, but it uses the sensors to display a 3D model in the app, showing you exactly what needs to be done next on your cube.

I don’t expect beginners will want to go out and buy a GoCube to learn how to solve it. But it does make a great gift for someone who may not be into cubing yet.

Currently the app has three games (Cubeysizer, Paint It, and Simon) with three more “coming soon” (Cube Hero, Maze, Shooter). None of the current games are very spectacular. The GoCube just serves as a novel way to provide input. For example, in simon, instead of pressing colored buttons in the correct pattern you turn the correct colored faces in the right order.

Overall the games are a fun distraction from cubing. Nothing new or amazing. It would be nice to see some games that help practice aspects of speedcubing, like drilling algorithms, building out the cross, or building F2L pairs.

Matches is where I see speedcubers spending most of their time in the app. It has a few different modes of play. But when it comes down to it, it’s just timing you solve the cube. And you can choose to find a match against someone, or time yourself without a match.

First you scramble the cube, then it gives you 15 seconds to observe the cube before you start solving. During a match with someone it makes you wait until you can make your first move. If you’re timing yourself you’re free to start solving whenever you’re ready.

Once you solve the cube the app will show you a summary of your solve. The summary breaks down the solve into impressive detail. For example, it will show the timings on each step, and the moves made. It even goes down into detail like the moves made for each F2L pair. It even knows what method you used to solve the cube, so if you use the beginner method the summary will reflect that.

Ideas for the future

So when it comes down to it, is the GoCube really one of the best bluetooth speedcubes? I’d say it is. The quality cube, plus the quality of the app it pairs with puts the GoCube ahead of the Giiker cube. Let’s hope it catches on. 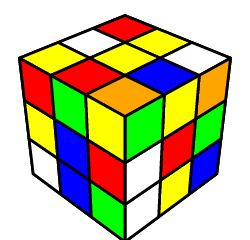 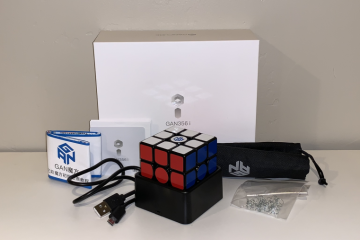 Last year the GoCube was released. It was a huge innovation on the standard 3×3 Rubik’s cube. Since then, Gan has introduced their first addition to the smart cube family. I was very excited to Read more… 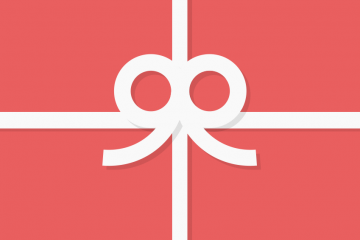 Thinking of holiday gifts for speedcubers you know might be hard for those unfamiliar with the hobby. But don’t worry, here’s a bunch of ideas for the speedcuber in your life. D-FantiX Gan Lube Cubers Read more…